It began, the week I’ve been waiting for since months! I was finally interning with GoJek in Bangalore.

Before I go on and talk about my experience with GoJek and the internship, I wrote about how I got it in the first place. Read it here.

20th May it was, I had packed my bags and was ready to leave for the airport. A quick check of the things I need to carry and the next moment I was driving.

I reached the airport at around 0800 hours and my flight landed in Bangalore at around 1400 hours. I arrived at accommodation provided by GoJek and it was far better than my expectations. It was a fully furnished 3 BHK apartment. And the view outside the balcony was jaw-dropping. Just look at the image below! 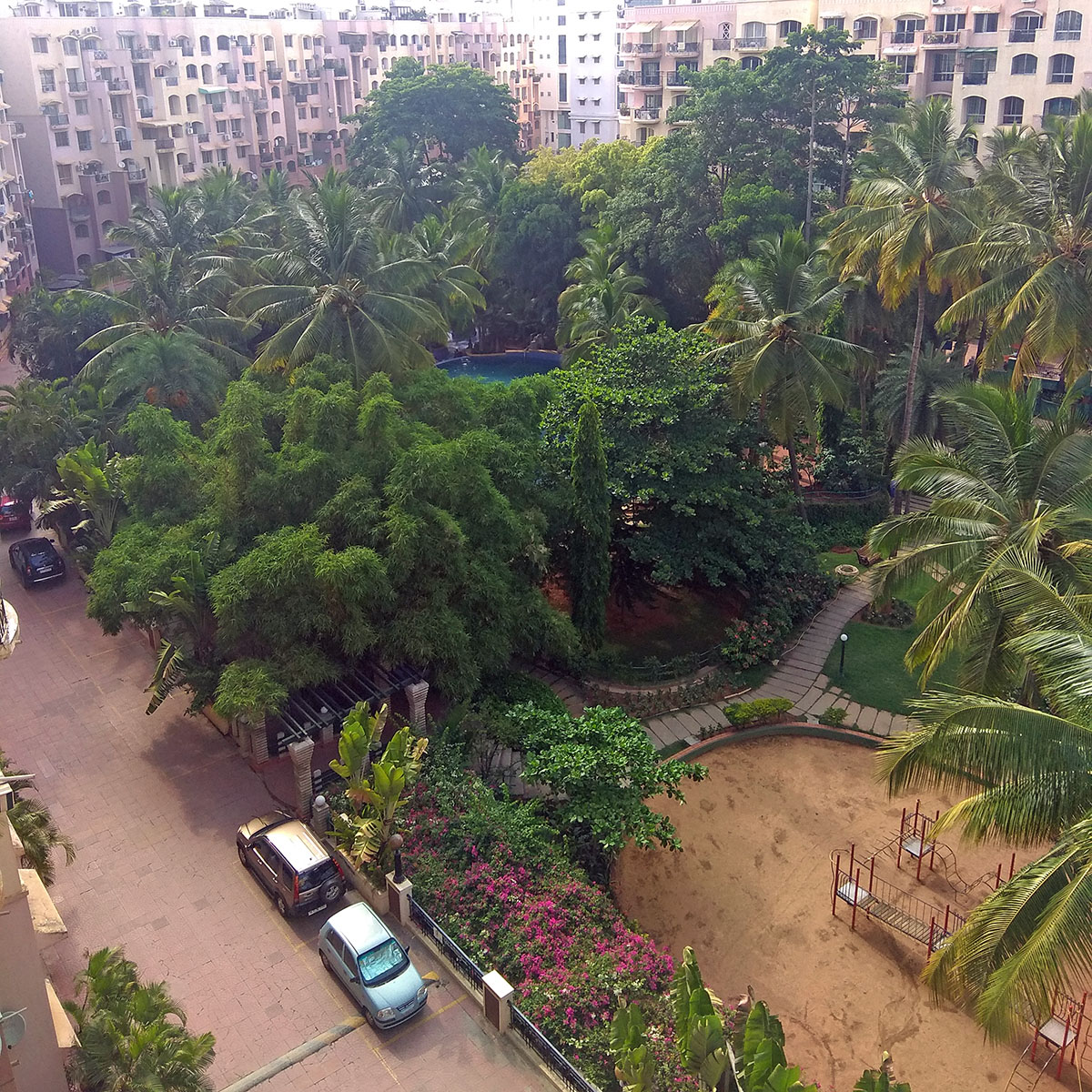 I did nothing that day except unpack my bag and I was so tired that I went to straight to take a nap. When I woke up I got a treat by my seniors.😁 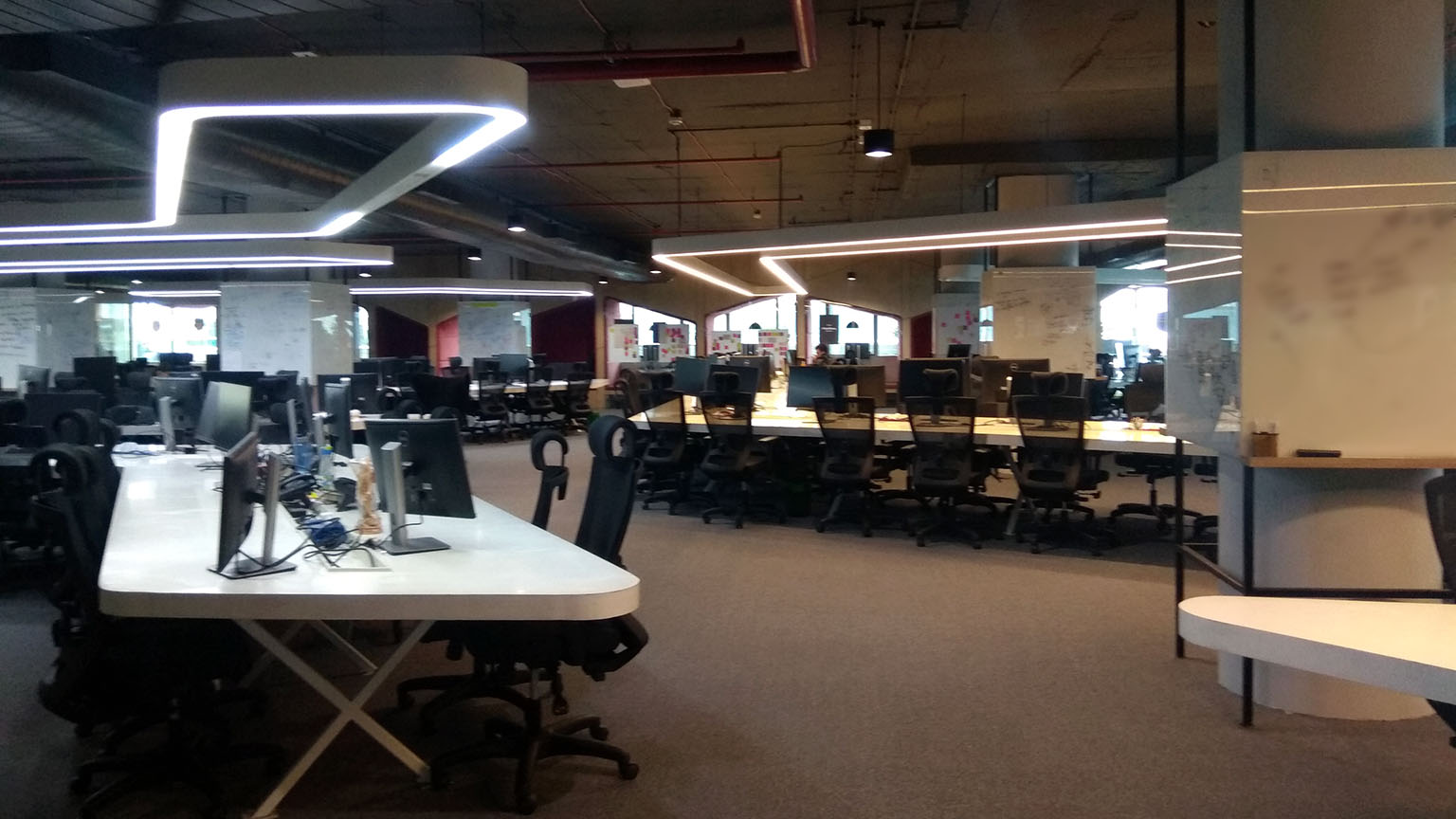 The next day at 1100 hours I was in the GoJek office waiting with fellow interns for the HR person to brief us. The first thing that she said was that the guys are bringing your laptops shortly and we were asked to fill-up the NDA. And there it was, a 15” MacBook Pro with maxed out specs and the awesome touch bar. 😍 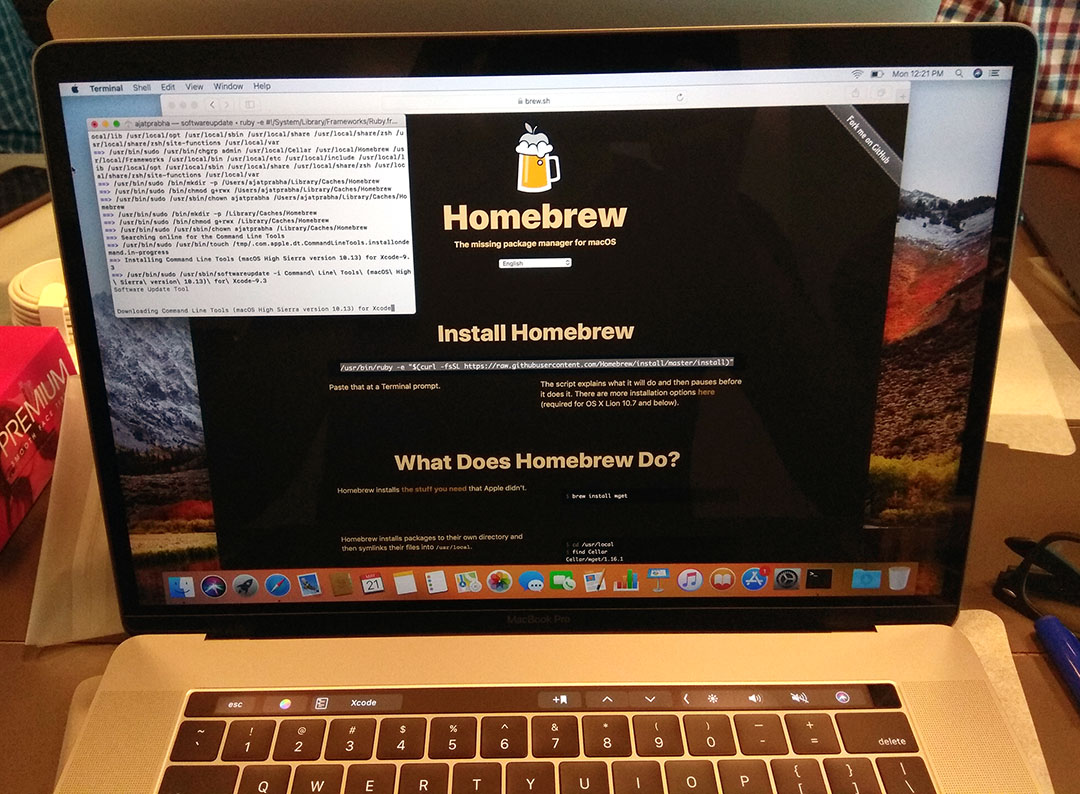 I went ahead and got the initial setup done. I had used my friends MacBook Air before so I knew about brew and installed it. But then I came to know that there is something called brew cask also. And then I was assigned to a team along with Rajat Mangla and Venkata Sainath Thota. Deepesh Naini is our mentor on the current project, he briefed us about GoJek and answered our doubts.

One thing different from most other offices is the culture here at GoJek. One can be comfortable in their own clothing style. And anyone can go grab snacks, coffee, soft drinks, etc. anytime they want. And there is a recreation room too with pool table, PS4, table-tennis table, etc. 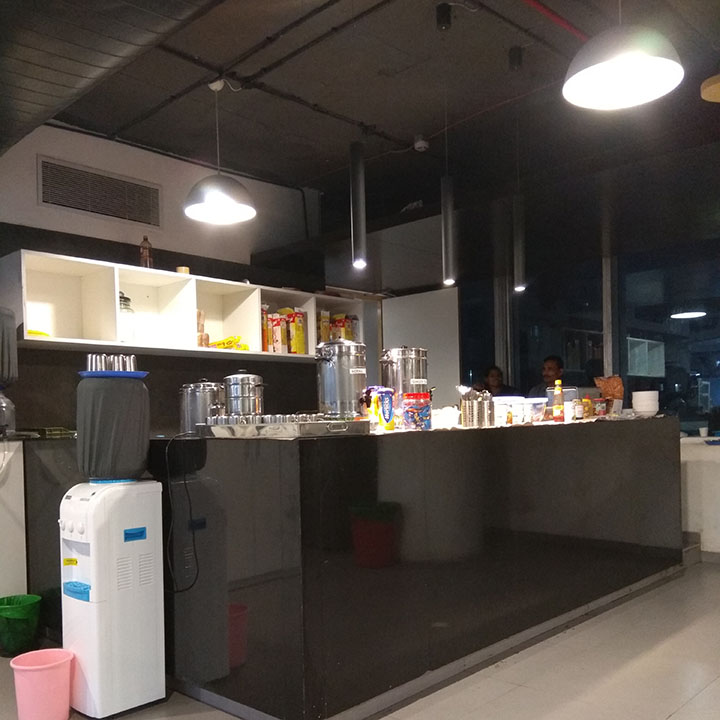 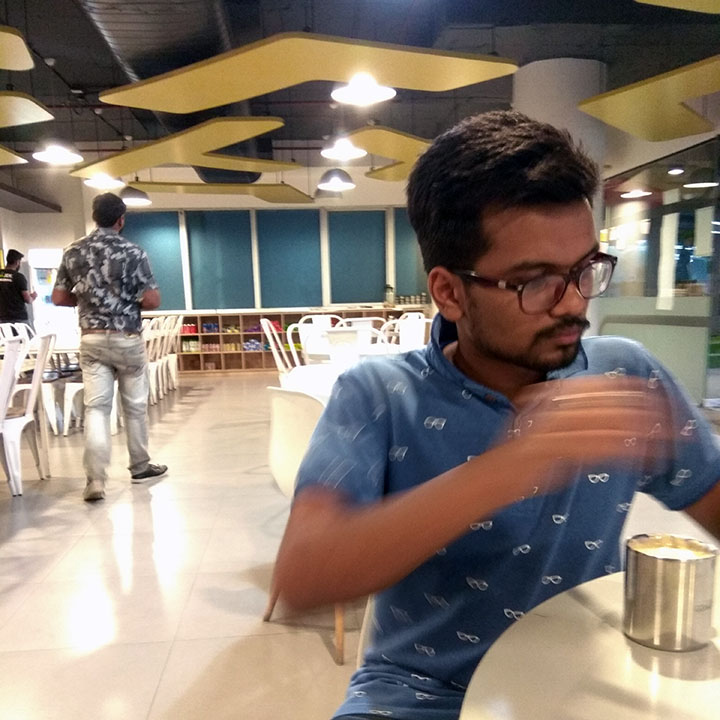 We then met Aayush, he showed us our desk and we continued the process of setting up our machines. I finished the setup and asked Aayush what to do next? He gave the three of us access to one of the repositories which are a part of the Go-Food platform. I had to go through it and understand the project structure, it was built on top of Ruby On Rails. The syntax was new to me but since I had worked previously on Django so I was aware of MVC architecture and my blog is built using Jekyll so I knew a little about Ruby’s project structure and bundler, etc.

But obviously, the project wasn’t completely clear to me. The next step was to question everything! What is this? Why is this so? etc. Aayush asked us every possible question. I could answer only a few, in others, I was confused or simply didn’t have the answer.

I learned quite a lot during the next three days. RSpec was completely new to me, I was aware of TDD but RSpec introduced me to BDD. After the initial three days of learning Ruby, we were given a project which was to be done in Go and will involve creating an API for image manipulation. I again looked at the repository for the new project and tried to build it. I went through the code and then paired with Rajat and Sainath to write our first piece of code as an intern. We pushed the code to the remote server and created a merge request. And yes, having an external monitor while coding is a bliss. 🙃 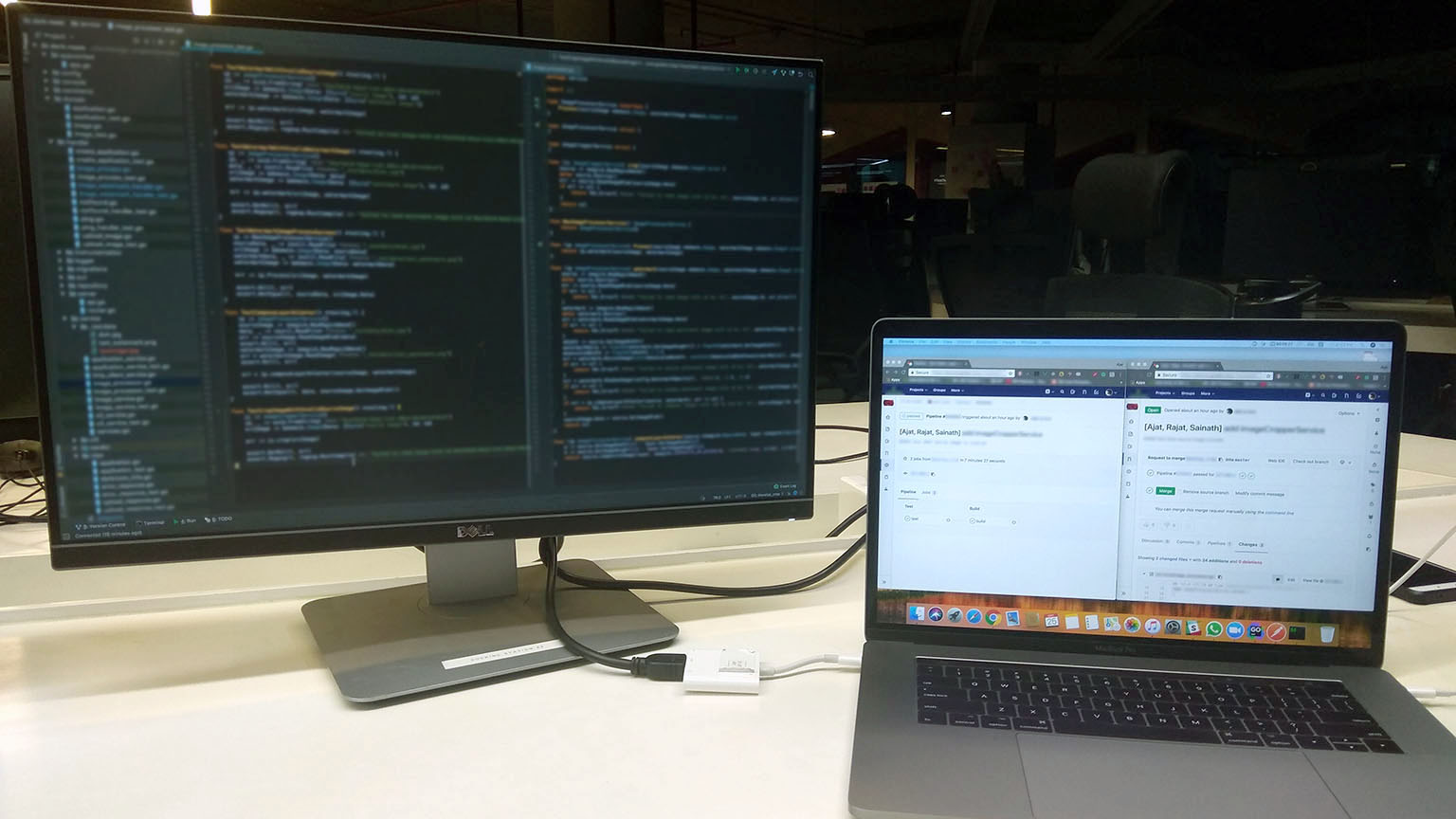 The learning experience has been great so far and there is so much more to explore. I’m meeting new people, many more yet to meet.😅 I’ve made new friends, all of them are great. I’m liking Bangalore so far, especially the weather. It’s been raining almost every day since I’ve arrived. I went to my cousin’s home for the weekend and this is pretty much it about the first week.

> It's been great till now and our mentor came back from Jakarta. It's time to start building the service that will handle 50K+ image requests per minute. I also went on a

It was October of 2017 I guess and campus interviews for internships were going on and I could easily spot my seniors wearing formals inside the campus. And believe me, I couldn’t even