It was October of 2017 I guess and campus interviews for internships were going on and I could easily spot my seniors wearing formals inside the campus. And believe me, I couldn’t even recognize one of the seniors whom I already knew 😛. One morning I asked my batch-mate that I wanna see the interview process! He was a volunteer in Student Placement Cell. He said, no problem, come with me tonight.

I went and it was GoJek taking the coding round. I saw a familiar face, Aayush Sharda he was, one of my seniors from Defeat The Beat, our dance club. Abhinav Rai, another of my seniors was also there. Abhinav asked me to take the question paper and do it in 1 hour 😂. It was meant to be done in 3 hours though. I read the problem statement, it didn’t seem that difficult to me, I skipped it anyway 😅.

After the coding round was over I asked Aayush that what do they look for while examining the candidates. He replied, we look at various aspects like how do they name variables, how do they react to input while pair programming, what is their coding style, are they focusing on getting shit done or spending their time in optimizing it, etc. to name a few. It was surprising but only 1 person was able to finish all the milestones of the problem statement. Why? Because most of the people were stuck at optimizing the first milestone! 😅

After listening to all this, I decided to show the repository of one of my projects I did that summer to him. He asked me to send the link. Later that night, I received a call from him and he asked me to come over to the guest house where he was staying. He asked me questions which were a little out of context to me at first but he was just making sure that I actually wrote the code. 😅

For the next half an hour he was just telling me about what GoJek is and what does it do. And then came the question, “Tu GoJek k saath internship karega?” like if I would say no! Hell yeah, who would deny an internship in a unicorn. 😅 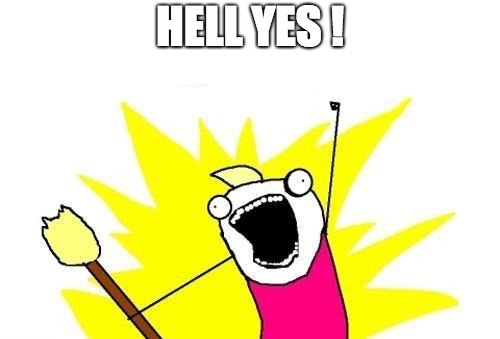 He then asked me to brush up all the things that I’ve used in that project because next afternoon was my interview scheduled. I barely slept that night and I went through almost everything I had used to code that project be it Git, MVC, OOP concepts or Django’s ORM. I read everything! Next day I attended all my classes and it was time for the interview. I was nervous that I shouldn’t blow up this opportunity.

I called Aayush and he was not gonna be a part of the interview. I was in the guest house now. I was so consumed by many things that I don’t even remember now who opened the door for me and asked me to have a seat. 😂

A few minutes later I was joined by Puneet Goyal and Shishir Joshi. The two were very casual, probably to make me comfortable. The interview started and both of them told me about themselves one after the other like what do they do, briefly about their journey in the tech world so far. And next was me! The questions were mostly about how I was motivated to do that project? Why did I choose Django? How did I cope with problems I had while working on the project? etc.

There were no hard-core coding questions or questions about data structures and algorithms, etc. maybe because I was a sophomore back then and the course was still ongoing. The interview came to an end and we shook hands and Puneet told me that he’ll let me know if we can work on a project together and hack something cool. I left the guest house and while my way back to the hostel room I was thinking, “I messed it up” because there was no code-related questions. 😅

I messaged Aayush that I think I blew up. He replied that everything was great and he’ll convey the details later and I was not supposed to tell anyone yet. I was still not believing all the things that happened and moved on.

2 days later Ashish Sahu, a senior congratulated me! I was like, for what exactly? He said, “Abhinav ne nahi btaya kya?”. I messaged Abhinav about it. He laughed and said, “Room par aake t-shirt le jana” 😂. Now I believed that yes I made it through. I thanked Aayush for the opportunity and asked if I can tell my parents now, “bata de or t-shirt pehen ke ghoom”, he said.

So this is how I got the internship. This was primarily because I was at the right place at the right time. Hadn’t I went to see the interview process, I probably wouldn’t get this opportunity. Thanks to Kuldeep and Nikhil!

The next 1-2 days went coping with memes that my jigri dost were targeting at me.

> It began, the week I've been waiting for since months! I was finally interning with GoJek in Bangalore. Before I go on and talk about my experience with GoJek and the internship,

Recently I came to know about TDD (Test Driven Development), a development methodology in Agile Software Craftsmanship. At first, I was not even sure that how can we write tests to detect bugs

Ajat Prabha
—
How I got the internship at GoJek
Share this